History of the place

Dear Guests, we would like to share with you something from the history of the St. Lawrence Church, the historic building which borders the garden of our vegetarian café Natureza in Hellichova Street No. 14 in Prague 1. The name of the church, St. Lawrence, was very common in the Middle Ages as it was a very popular saint during this period and his name was often used in baptisms.

Saint Lawrence, was a martyr who came from Spain, patron of bookbinders, tanners and also chefs. The Church of St. Lawrence, first referenced in the 12th century, was built in Romanesque style in the former settlement of Nebovida, also called Nepovida. This settlement belonged to the oldest settlements on the left bank of the Vltava River and belonged to a significant trading and manufacturing center in the castle entourage. During 12th century, the church of St. Lawrence belonged to the abbesses of the St. George monastery at Prague Castle and during this time it also functioned as a part of the castle in the protection of the Judith's Bridge (an important bridge over the Vltava river at the time).

Between 1360 and 1362 the municipality Nebovida became a part of Lesser Town under the reign of Charles IV. A great transformation took place around 1378, namely the Gothic reconstruction of the church. Other historical events changed the appearance and functioning of the church and in 1784 the church and the cemetery were abolished and the church deconsecrated. During 1804-1816, the church was rebuilt into an apartment house and only later in 1984-1991 a reconstruction was made to the present form, which dates back to its original appearance of before 1816. The garden is most probably located on a place of ancient cemetery and a Way of Sorrows. 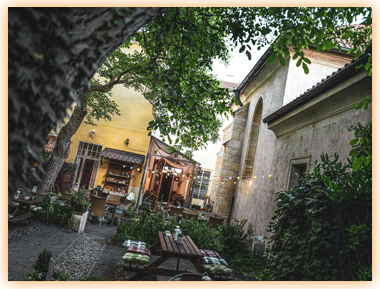 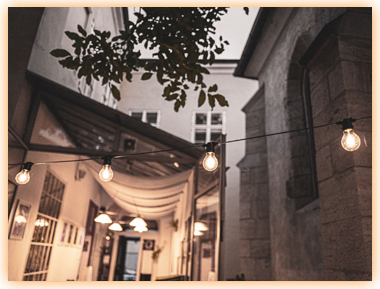